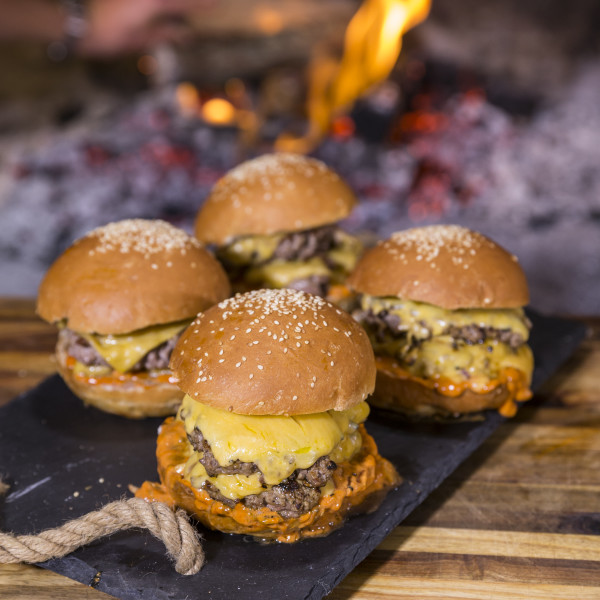 This burger might end up being one of your favourite hamburger recipes on the braai. The bashed burger method is the secret to crispy edges and a juicy burger. The main idea is to not pre make or form the patties but to divide the mince into portions, but those portions of mince on a searing hot cast iron plate or pan and to then use a flat object to bash (smash, strike, hit, beat, thump, slap, smack, batter, pound, pummel, thrash, rap, buffet, hammer, bang, knock; wallop, belt, whack, clout, clip, clobber, bop, biff, sock, deck) the meat into a flatter form resembling a patty.

Here are some basic guidelines to follow when making your Bash Burger: